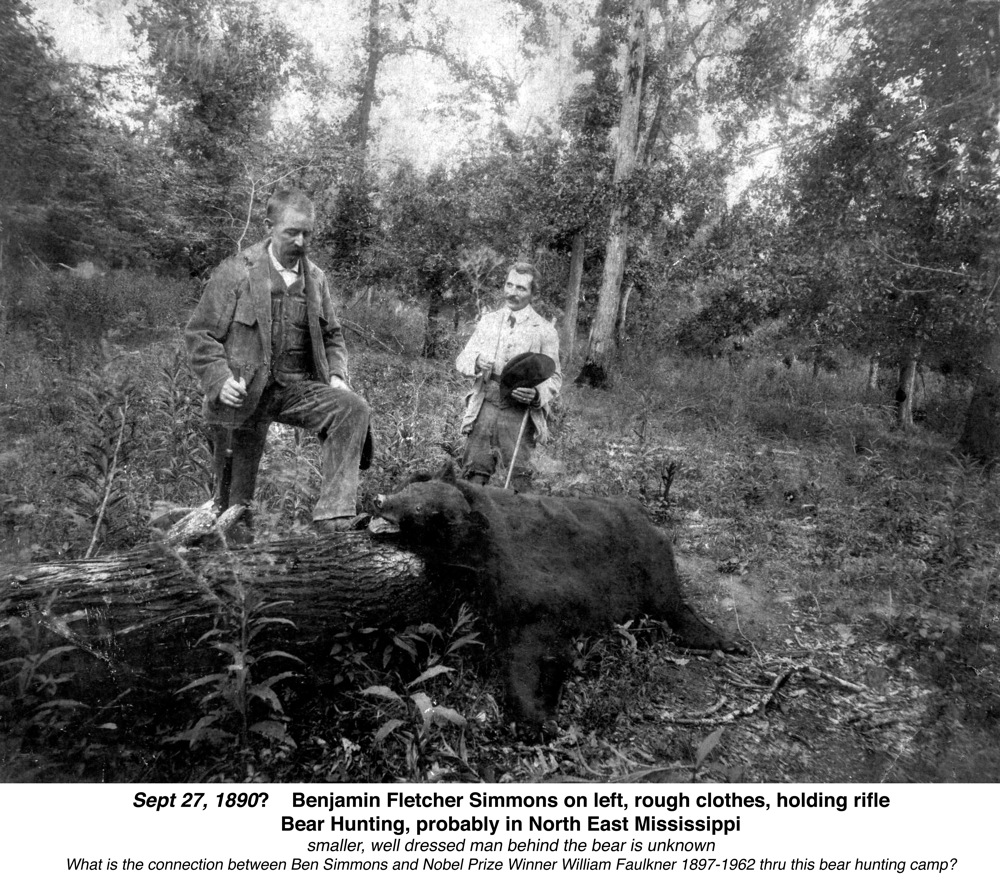 Our focus here is on descendants of Holman Freeman Simmons (b1798 - d before 1870) and Sarah Eliza Hawkins Burns and particularily those who came into what is now Jackson County, Arkansas after the civil war. Three of their children -Holman Felix, Henry Clay, and Susan Burns married children of Benjamin Wadsworth Saxon(1798-1861) and Mary Collingsworth Terry. Several of these two familys were in the Civil War together and after the war migrated west into Arkansas together. Of the grandchildren of Holman Freeman Simmons, I've spent most of my effort on Benjamin Fletcher Simmons (1860-1939).

Extended Family Here are the families that mostly connect at my generation, some don't connect but may be friends or historical interest. This presentation doesn't include any living people and is visible to most search engines.

We'd appreciate your help to find more family photos and checking the labels on the photos we already have. I'm pretty sure that some are mis-label by either name or date.